Things That Anger Me About The World We Live In 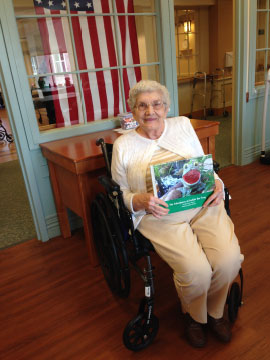 Compared to Charles Dickens, my childhood was fairly idyllic. But I remember my mother telling me the story of the time she shared a hospital room with a woman who had survived one of the death marches that took place during the Armenian Massacres at the turn of the century. My mother, a very compassionate person, had to listen to this woman’s cries for a glass of water all night. She felt another’s pain keenly.

This left an impression of me as a young girl and, by the time I attended college in Missouri in the late 1940s I got involved in the civil rights movement. I attended lectures by people like James Farmer who served alongside Martin Luther King Jr., co-founded CORE [Congress of Racial Equality], and was dedicated to ending racial segregation in our country.

One night, a group of us decided we’d go the movies together and were told by the theatre-owner that our black friends would have to sit upstairs in the segregated “Blacks Only” section. “We’re together as one group,” we explained, but he wouldn’t change his mind. We walked out and into a “Whites Only” diner for coffee and were told we wouldn’t be served.

I remember taking part of a march to the post office in town where we all mailed letters to our congressmen urging them to pass the Civil Rights Act.